2021 marks the 175th year of Standen Engineering. Standen Engineering can trace its rich history back to at least 1846 where Samuel Frank Standen worked as a blacksmith in West Street, St Ives, serving the local farming community.

It was in 1906 that we see the first glimpse of a Standen that is recognisable to us today when Frank Standen, the son of Samuel, filed a patent on a fixed tine cultivator. As well as its early foray into mechanisation, in the pre-war years Standen took the form of a machinery dealership and franchisee including Austin cars and lorries as well as John Deere and Case, just managing to survive the terrible financial hardship agriculture suffered in that time.

By 1936 Frank’s son Peter and brother Eric had joined their father and the name of the company was expanded to F.A.Standen & Sons Ltd.

Whilst Eric became more involved in the retail side of the business, Peter began experimenting with new designs of machine, and proved so apt that his father funded a new company, F.A.Standen & Sons (Engineering) Ltd, with Peter as the effective boss.

World War II and the following years proved to be a more profitable time for UK agriculture. The command economy imposed by the Ministry of Agriculture worked to ensure that the UK could be nearly self-sufficient. Once the benefits of America’s generous Marshall Aid programme filtered through there was an insatiable demand in Europe for mechanisation, for machines to replace horses and human labour, to drive up productivity.  Any company in the position to design and manufacture such machinery was strongly placed to reap a growing reward as prosperity returned to exhausted countries.

One such company was Standen, with Peter Standen opening premises in the nearby city of Ely in the 1950’s. Peter set his fertile mind to address the problem of mechanising the harvesting of sugar beet. Given that most beet was lifted and topped by hand, at the back-end of the year often in harsh working conditions, he was pushing at an open door. However the primary challenge was not only to produce a machine that worked, but also to produce it at a price that was affordable to the farmer.

So Peter set about designing and prototyping a machine that could lift one acre of sugar beet in one day.  The Standen Beet Master comprised a set of pointed discs held the top of each sugar beet plant to allow it to be cut. This was turned by the main wheel. A knife set underneath it sliced off the top. Even today this is the best method of topping sugar beet. A pair of lifter-wheels squeezed the beet out of the ground and into an elevator. The beet was dropped into a tank at the rear of the harvester and when it was full a lever was pulled which allowed the moving floor of the tank to eject the beet in a pile on the ground. Later machines incorporated a discharge elevator so that the beet could be delivered direct to the small trailers which were in use at that time.

During the 1950’s Standen also turned their attention to potato lifting.  As with sugar beet this was a very labour intensive and difficult manual process, involving manually digging the potatoes out of the ground before bagging them up. Standen invented one of the first lifters that could be mounted on a 20hp Fergie tractor which worked to lift the potato out of the ground and lay the crop on top which could then be manually bagged. As tractor horse power increased the lifting machinery got bigger and more sophisticated and in time the first ‘complete’ single row harvester which could also bag the crop, the Hereward, was developed. This proved very popular with the farmers of the time and with further development Standen produced the Super Startrite which was bigger and could handle greater capacity compared to the Hereward.  Standen experienced huge demand for these machines and they built and sold as many as they could both for the UK and European market. 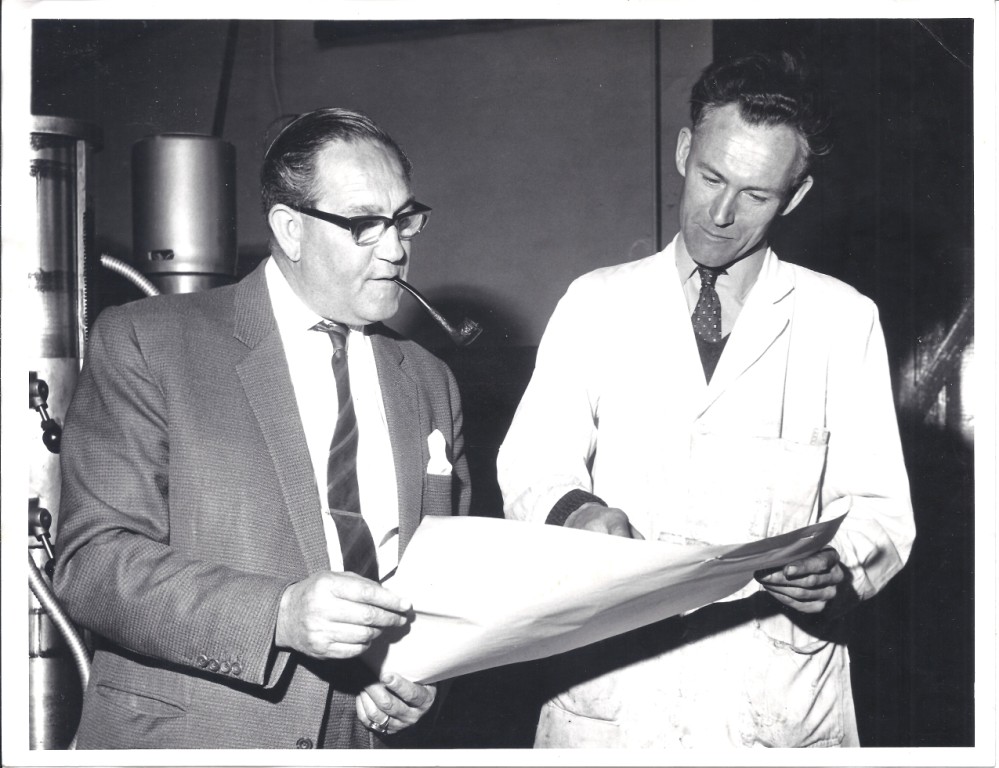 Peter Standen retired from the business in 1969 and then in 1971 he sold the business to a conglomerate called Consolidated Home Industries and the next 14 years the holding company changed on several occasions.  In 1985 Andy Bone, a director of the company, together with fellow directors Tony Bell and Chris Reed, carried out a management buyout of the manufacturing side of the business and from 1986 the company ownership was split amongst private shareholders, most of whom worked for the company.  The dealership side of the business was bought by Thurlow Nunn and became known as Thurlow Nunn Standen, which still operates in Ely today.

In 1985, following increased demand in the market for 2-row potato harvesters, Standen launched their first 2-row trailed machine which they had developed in conjunction with Wühlmaus GmbH, a German firm located in Gutersloh. This was manufactured in Ely and sold throughout the UK and Europe.  It was marketed as the Standen Statesman in the UK and the Wühlmaus 2311 in Europe. Today’s T2xs is a (much more sophisticated) iteration of the original Statesman model.

With the launch of the 2-row harvester came the demand for 2-row cultivation, destoning and planting equipment, which Standen began to develop and manufacture. They strengthened their hand on this front with a series of acquisitions in the 90’s and early 2000’s with the acquisition of Key Ag, Dowdeswell and Pearson; often retaining staff and absorbing successful models into their product range. Standen traded as Standen Pearson for 5 years before deciding to drop the ‘Pearson’ in line with how the firm was referred to in the market by customers and dealers alike.

Standen moved into importing and re-selling specialist machinery when two former employees, who had set up a company called Reflex, approached Standen to join forces.  This became known as Standen Reflex and focused on the purchase of specialist machinery from abroad and reselling into the UK market.  This arm of the company is now referred to as Standen Imports, which in 2020 strengthened its offering further by entering a strategic partnership with Salmac Ltd.

Today, 175 years on from its humble blacksmith beginnings, Standen continues to go from strength to strength, with a sharp focus on product development and excellent customer service. They continually look to improve upon their already popular product range and have the ability to provide specialist machinery from the around the world. 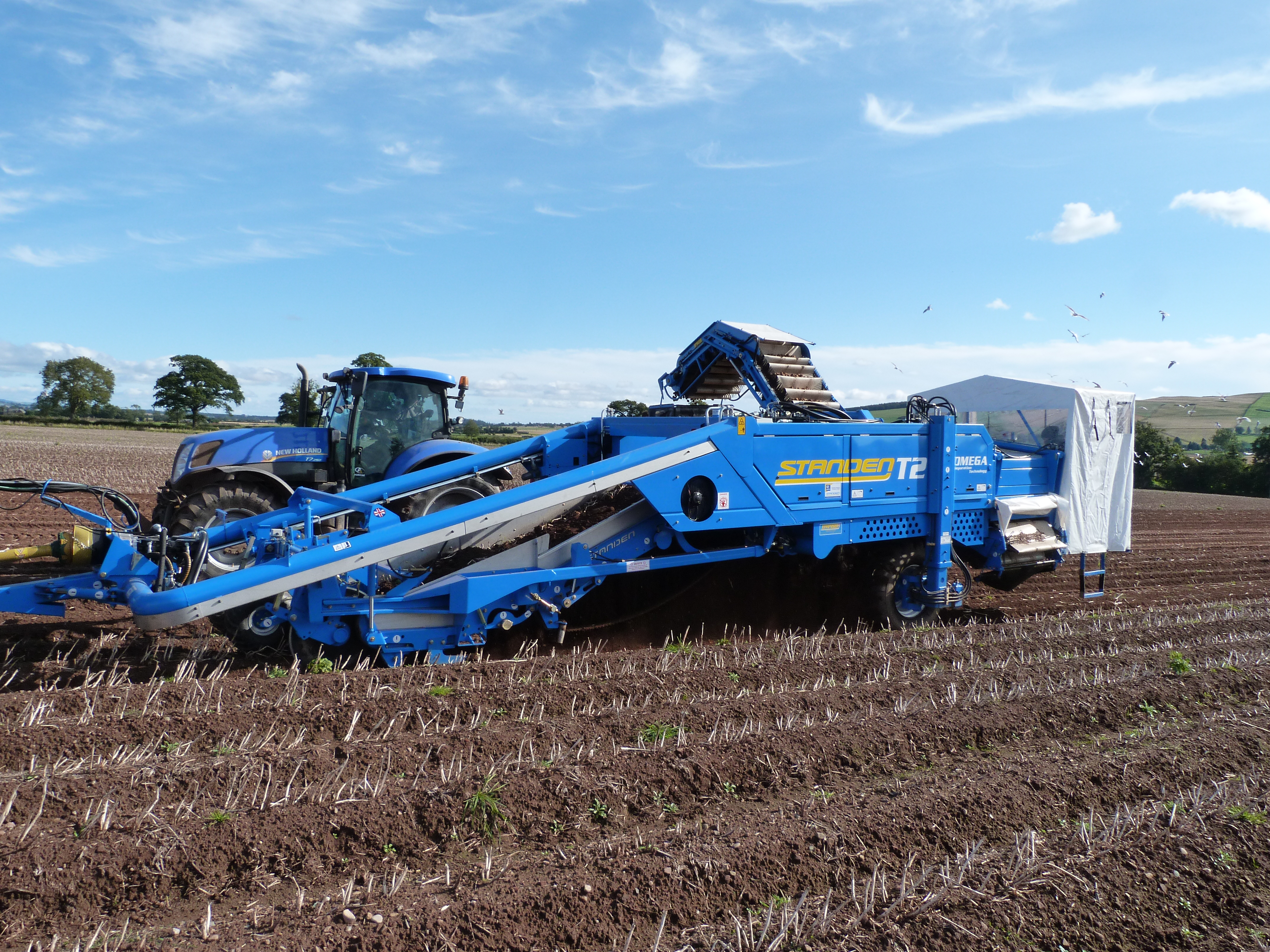 In the last two years alone Standen have overhauled and improved their best-selling T2 harvester, launching the T2xs, have developed a windrowing harvester model in the form of the QM Windrower and upgraded the UniPlus destoner. They have rebranded their Standen Imports business and now sell 14 specialist brands exclusively into the UK via this arm of the business. They continue to be the exclusive supplier of Baselier products to the UK. As well as their new products, they continue to sell their whole range of cultivation and planting equipment both directly and via over 50 dealer outlets in both the UK and international markets, all manufactured from their site in Ely.

To celebrate their impressive 175 year milestone Standen directors and staff look forward to being able to celebrate with customers old and new at agricultural shows this year. 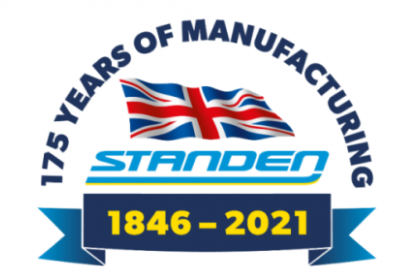